Traci is a stay at home mom of four fur children ~ Bindi, maci, Zoey and Stella.  She lives in Jefferson with her husband Greg and together they have been animal lovers their whole lives.  They adopted Zoey in June 2011 and began fostering soon after that. They built 2nd Chance Dog Park for their foster animals ~ named after their beloved Chihuahua Chance.  Traci is the Events Committee Director and enjoys her family, scrap booking, card making and treasure hunting with her husband when she isn;t volunteering.

Cheryl has been a foster mom for HSJC for many years and enjoys finding homes for animals and people! Her passion for animals has driven her to stay involved with this great cause since 2007. She loves all animals and dedicates her passion to her late German Shepherds Dakota & Ransom.  Broker/Owner of Bulldog Brokers, a full service real estate company serving Atlanta to Athens.

Gail is originally from nearby Elbert County and is a retired elementary principal from Cobb County. She now resides in East Jackson County with her husband and three rescued dogs. She spends her time volunteering with several animal organizations and transporting for numerous volunteer transport groups. In her remaining spare time, she enjoys spending time with her adult children and grandchildren, cooking, furniture painting and antique shopping.

Shannon was born and raised in Atlanta, Georgia and relocated to the Jackson County area in 2007. She is married to Steve Renn. Luckily, he is a dog lover also, because they entertain seven beautiful rescue dogs in their home in Braselton, GA. Her Degree in Business led her to a career based in insurance; however, her true compassion is helping homeless, helpless and abused dogs and pets. As Jackson County grows the need for viable solutions grows. She is happy to be an active part of the team building up the Humane Society of Jackson County and her focus is on the Rescue Committee. She hopes the past experience with numerous private rescue groups will benefit the efforts of the volunteers of the HSJC and our Community.

Tracy has spent 20 years volunteering in animal rescue, 12 of those years involved with HSJC. She has fostered and found homes for hundreds of animals; bottle babies and older animals with medical challenges are her favorites. Tracy is employed with Synovus Bank and mom to two rescue schnauzers and a hound. 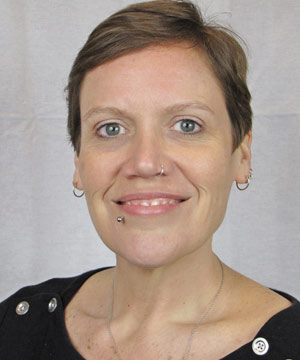 Diana was the operations manager and graphic designer for a printing company in California for 18 years, before moving to Georgia in 2007 with her husband and two daughters. After a few years of getting to be a stay-at-home mom, Diana is thrilled to working for the City of Jefferson, the city she now calls her second home. She has been a Girl Scout troop leader since 2003, as well as serving in various other capacities within the Service Unit area. She also served as a Lindsay’s Legacy mentor from 2008-2014. Diana remains highly involved within the community as she currently volunteers with Main Street Jefferson and Keep Jackson Beautiful, as well as serving on the following boards: Jefferson Community Theatre, Jackson County Arts Council, and The Daisy House. Her overwhelming motivation to serve the community started from the need to set the example for her own children. Every single person can and does make a difference, you just have to get out there and do something!

He grew up in Jefferson & Athens area – joined the US Airforce and proudly served our country with his last duty station being in a “resort area” of southeast Asia known as Pleiku AB in the central highlands. After returning he started in the garment industry holding positions down such as: distribution manager, customer service manager, production development & merchandising/marketing. He then went on to truck & automobile sales with Jefferson Motor Co until retiring in 2010. He lives in south Jackson County with his wife, Dr Carol Cotton, faculty at UGA in the college of public health. They have 2 Golden Retrievers – Scarlett & Walker.

© 2019 Humane Society of Jackson County
Design by Anything Design LLC